MONOPOLY DEAL by Hasbro is a revolutionary spin off of the classic MONOPOLY board game. This card game includes the best of the original MONOPOLY board game (charging rent, collecting properties, drawing cards, making money) without those aspects that made the classic such a tedious and eventually unending game. DEAL is a quick paced, action packed game with a multitude of layers and unending excitement. It's in a similar family to other trick collection games like Euchre, Spades, and Rummy with the addition of action cards for stealing, dealing, and charging money. 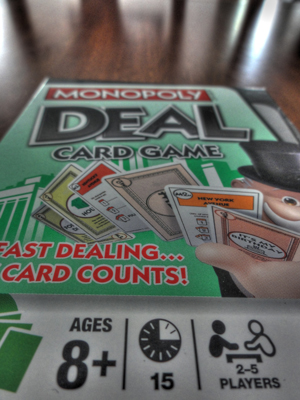 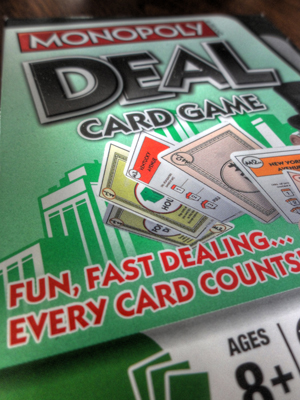 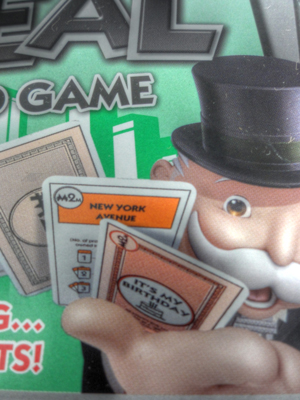